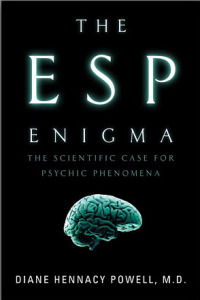 In my humble opinion this is the best podcast if you are looking for really heavy-duty intellectual discussions with seriously well-qualified interviewees. How I sneaked on a couple of years ago I have no idea. I have listened to four or five of them on my daily commute too and from work and they are exceptionally good. However with regards to my own interests … specifically in regards to my next book project, “Opening The Doors of Perception” (which will be published by Watkins Publishing sometime in mid 2016)…. one interview had me really excited. Alex was interviewing Dr. Diane Powell. Dr. Powell is a neuroscientist and a psychiatrist, one that has worked at some of the world’s leading neurological institutions and has worked with some of the world’s most influential neurologists. But what excited me was what she had to say about her own research into telepathy in autistic-savant children. To say that her experiments, done under rigid scientific controls, are paradigm changing is an understatement. I contacted Dr. Powell and we plan to have a SKYPE chat in the next few weeks …. and I was delighted when she agreed to be a future guest on my “Consciousness Hour”. This show will stun you and for those of you wedded to the present materialist-reductionist paradigm in which subjects like telepathy is considered impossible you will be needing to apply your “law of large numbers” and your “confirmation bias” “explanations in a way you have never had to before …… Dr. Powell will be joining me for my July show … her website can be found here: http://dianehennacypowell.com/