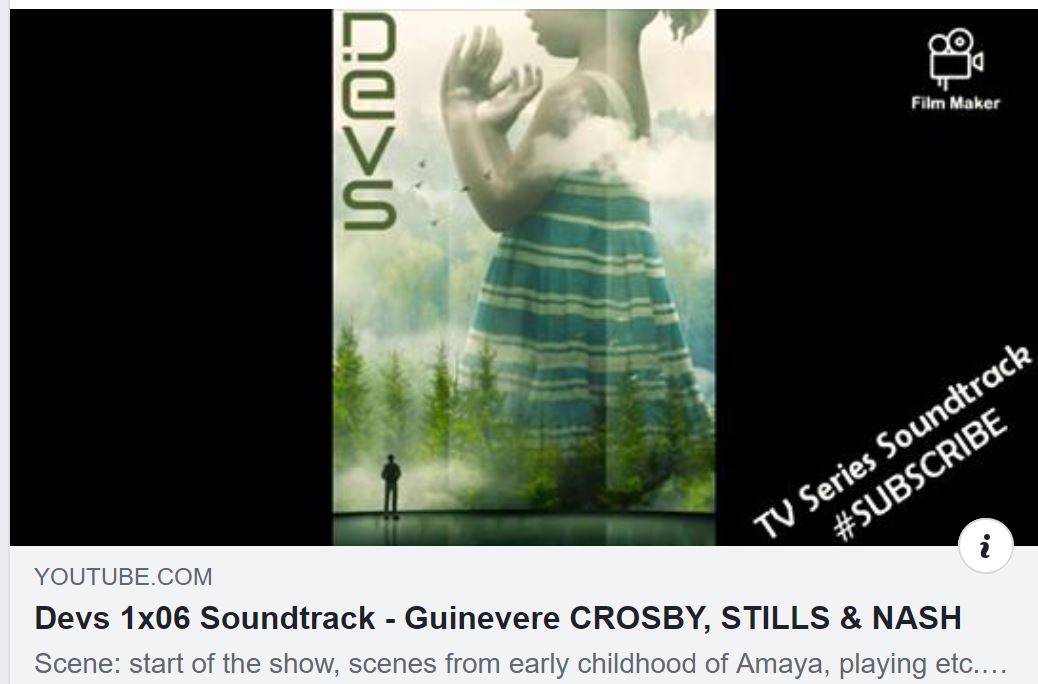 I am really enjoying watching the TV series DEVS at the moment. I would like to thank the scores of FB Friends who messaged me about the numerous Itladian themes to be found in Alex Garland’s enigmatic storyline.

I found the choice of music for the soundtrack pointedly personal, as if in some way it was “entangled” within my own Everett Universe as my own “act of observation” collapsed the Born wave function to accommodate my expectations…. episode six had as its theme my favourite track from one of my all-time favourite bands, Free – “Oh I Wept”.

Free were the first live band I ever saw (at Liverpool Stadium in late 1970). Indeed that tour was to promote their then new album, “Fire and Water” and I would have heard that track performed live.

For years it has been one of my “shower songs” with an obligatory air-guitar flourish as the great Paul Kossoff launched into one of the greatest guitar solos in rock history.

And then, as if to underline the point, tonight I watched episode seven. Its theme song was the simply wonderful “Guinevere” by Crosby Stills and Nash”… yet another song I have loved, and sung along to for nearly half a century, one that would be, together with “Oh I Wept”, as being a song that I would consider to be one of my intensely personal “Life’s Soundtrack” songs.

I am now really intrigued to discover what songs will feature in the remaining episodes ….

Oh yes, and if you like weird links how about this …. the ringtone on my mobile phone is from another David Crosby classic, the refrain “We have all been here before” on a continual loop taken from his song ….. “Deja Vu”.

As Jim Morrison once sang “Life is strange when your a stranger” …. you bet it is!