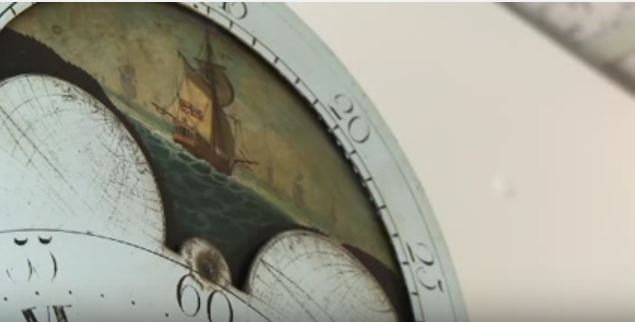 On Friday 24th July 2009 I spoke at the National Theatre in London as part of an on-going series known as the “Platform Events”. These involved invited speakers discussing a play before its performance. In this particular case it was prior to a production of J.B. Priestley’s “Time and the Conways” directed by Rupert Goold.

On stage was myself, quantum physicist Professor Jeff Forshaw of Manchester University, and actress  Hattie Morahan (who played Kay Conway in the production). Acting as facilitator was author Dr. Daniel Rosenthal.

A few weeks before, a small video crew had been commissioned by the National Theatre to produce a short documentary to accompany the Platform Event. They filmed my section in the Clock Museum in Prescot, near Liverpool. Above you will find a copy of the full video that was on the National Theatre website for a couple of years after the event.