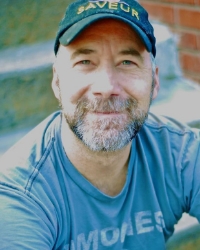 “Materialists appeal to physics to explain the mind, but in modern physics the particles that make up a brain remain, in many ways, as mysterious as consciousness itself.

When I was a young physics student I once asked a professor: ‘What’s an electron?’ His answer stunned me. ‘An electron,’ he said, ‘is that to which we attribute the properties of the electron.’

That vague, circular response was a long way from the dream that drove me into physics, a dream of theories that …perfectly described reality. Like almost every student over the past 100 years, I was shocked by quantum mechanics, the physics of the micro-world. In place of a clear vision of little bits of matter that explain all the big things around us, quantum physics gives us a powerful yet seemingly paradoxical calculus. With its emphasis on probability waves, essential uncertainties and experimenters disturbing the reality they seek to measure, quantum mechanics made imagining the stuff of the world as classical bits of matter (or miniature billiard balls) all but impossible.

Like most physicists, I learned how to ignore the weirdness of quantum physics. ‘Shut up and calculate!’ (the dictum of the American physicist David Mermin) works fine if you are trying to get 100 per cent on your Advanced Quantum Theory homework or building a laser. But behind quantum mechanics’ unequaled calculational precision lie profound, stubbornly persistent questions about what those quantum rules imply about the nature of reality — including our place in it. Those questions are well-known in the physics community, but perhaps our habit of shutting up has been a little too successful.

A century of agnosticism about the true nature of matter hasn’t found its way deeply enough into other fields, where materialism still appears to be the most sensible way of dealing with the world and, most of all, with the mind. Some neuroscientists think that they’re being precise and grounded by holding tightly to materialist credentials. Molecular biologists, geneticists, and many other types of researchers — as well as the nonscientist public — have been similarly drawn to materialism’s seeming finality. But this conviction is out of step with what we physicists know about the material world — or rather, what we don’t know.”

– Dr. Adam Frank – professor of astronomy at the University of Rochester in New York

Taken from his article Materialism Alone Cannot Explain The-Riddle-Of Consciousness. This can be read, in full, at: https://aeon.co/essays/materialism-alone-cannot-explain-the-riddle-of-consciousness